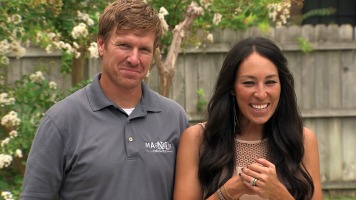 As I read the drama this week over Buzzfeed’s trash piece targeting a popular couple on HGTV, it reminded me of something I wrote a couple of years ago.  It was in the wake of the Supreme Court’s ruling on Gay Marriage.  I wondered openly if the new social capital earned by the political left would push them a little further.

I was assured by those who actively support the gay community that there was NO WAY a church could ever be compelled to perform a same-sex ceremony if they don’t want to. I still have my doubts, but let’s assume that’s the case.  At the time, I said what we will likely see is those who attend such churches will be marginalized and ostracized like the former Mozilla CEO who was ousted for making a thousand-dollar contribution to Prop 8 in California.

Those thoughts brought back to life this week when Buzzfeed, a proud purveyor of what I like to call “Garbage Pail News,” ran an article questioning Chip and Joanna Gaines; co-hosts of the popular HGTV show “Fixer Upper.”  I’ve never watched the show, but apparently the Gaines’ have built quite a following, owing mostly to their friendly personae.

The Buzzfeed piece this week wondered why no same sex couples had ever been featured on the show.  They then pointed out that the couple attends a church where the Pastor has spoken out against gay marriage.  Seriously.  That’s all they had.

Despite that paucity of supporting information, Buzzfeed ran their story.  As someone who has a little bit of experience in news writing, it was a big fat nothing-burger.  It was tripe.  No sane Editor would have let it slip by their desk.  But this isn’t real news—it’s Garbage Pail News.  It pushed the all-important “narrative,” so facts were a minor consideration.  No, it wasn’t quite Rolling Stone level in terms of audacity; but it was in the same ballpark.

Look—I have always given the Gay Community the benefit of the doubt. I have always tried to live by the “Live and Let Live” credo. I have never trashed gays as “sinning” or “going to hell.” I could curl your hair with the tales of the sins *I’ve* committed. So, I’ve seen myself in no position to judge. That is beginning to change, thanks to situation like this.

I hope we can agree on NOT wanting to live in a country where people ask the McCarthy-esque question, “Are you now attending or have ever attended a church that opposes Gay Marriage?” Far-fetched? I used to think so too. Not any more.

Like Loading...
By chuckscommonsense in Uncategorized on December 8, 2016.
← A defense of flag-burning? Obamacare Death Spiral Produces Maximum Chutzpah →