Home » Uncategorized » You have no “right” to Health Care

You have no “right” to Health Care

This morning, Republican Louisiana Senator Bill Cassidy said, “There’s a widespread recognition that the federal government, Congress, has created the right for every American to have health care.” 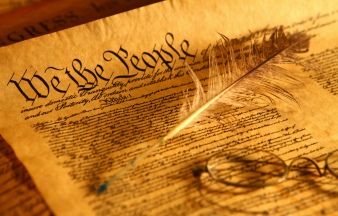 Once you declare something a “right,” you are also declaring that it is permissible for government to use its monopoly on force to allow you to access such rights.  That is the reason we have to be EXTREMELY careful.  A “good idea” should not be automatically declared a “right.”  Today’s “good idea” is tomorrow’s “what the hell were we thinking?”

Government’s job is to make sure that our God-given rights are protected. A decent standard of living is not a “right.” An education is not a “right.” Health care is not a “right.” That may make many of you uncomfortable, but it’s the truth. They are not “rights” because they are dependent upon the labor of others.  The Constitution only gives us the right to the services of our fellow citizens in one instance: juries. Tangentially, there is also the right to legal representation.  That’s it.

In the hands of what I think is an ultimately unaccountable government, this kind of moral license to declare good ideas as “rights” is poisonous.  One of Thomas Sowell’s greatest quotes ponders the stupidity of putting important decisions in the hands of people who pay no price for being wrong. That is a natural requirement of political philosophies that de-emphasize the individual at the expense of the collective.  I cannot image a more destructive plan than to give the most powerful entity on Earth a blank check to “do good.”

“But what about helping people?” you may ask. Good question. That answer is much tougher. But I’ll say this. A blank check from a nameless and faceless entity is NOT the answer! Engagement is the answer. Placing Government as the default solution to every societal shortcoming has made us lazy and greedy. Greedy insofar as we are all-too-willing to steal from other people in the name of “fairness.”

We as Americans and Christians had better get off our collective asses and work directly with those in need. Sitting back and letting The State handle it is cowardly, counter-productive, and will end up costing us more than we could ever imagine in terms of our liberty and individual freedom.  Washington isn’t supposed to be the instrument through which God brings good — that is supposed to be the church.  Unfortunately, we’ve hired the government as a subcontractor to do that work for us.  Do you ever notice how most major Christian institutions (hospitals, universities, large charities) were built pre-welfare state?

The best thing about my libertarian philosophies is that they require nothing that would impact your individual freedom.  If you want to help the poor, I will not stop you from working overtime—working a second job and donating your last penny to whatever charity you choose.  If you want to help someone who cannot afford health insurance, I will not stop you from buying it for them, or raising money to buy it, or from launching a GoFundMe campaign for such a purpose.  If you want start a commune where everyone can work for the mutual benefit of everyone else, my philosophies will not prevent you from doing so.

Unfortunately, I do not have a comparable option for relief under YOUR philosophies.

Like Loading...
By chuckscommonsense in Uncategorized on May 5, 2017.
← You just couldn’t do it, could you Republicans? A Requiem for Pepe →