Home » Uncategorized » Eugenics By Any Other Name

Eugenics By Any Other Name

An opinion penned this weekend by a Senior Washington Post writer stunned me.  And not the good kind of “stunned.” 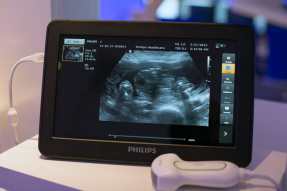 Ruth Marcus’ piece was written in response to a handful of states who are considering legislation that would prohibit abortions based solely on the prospect of the baby being born with Down Syndrome.  She sees it as an unlawful restriction that is in violation of Roe v. Wade.  That is a fair and debatable question.  But Marcus takes it further.  She says she would’ve aborted her children if tests for Down Syndrome had come back positive.  She justifies it by using logic that has been championed by Eugenicists over the centuries.

I’m going to be blunt here: That was not the child I wanted. That was not the choice I would have made. You can call me selfish, or worse, but I am in good company. The evidence is clear that most women confronted with the same unhappy alternative would make the same decision.

Um yes…Mrs. Marcus.  I can call you MUCH worse than selfish.  And I would be correct.  This is selfish, cowardly…and more than a little evil. 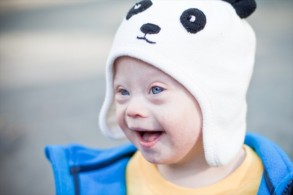 Right now, there IS an effective test to determine the likelihood of Down Syndrome.  And Mrs. Marcus is right.  Armed with this information, a depressingly-large number of people think this is an acceptable pretense to abort a fetus.  Indeed, Iceland claims to have “eliminated” Down Syndrome by means of abortion.  Yes, if you kill everyone with Down Syndrome before they are born that will pretty much eliminate it.

Here’s the thing that worries me the most.  Right now there is no prenatal test for autism, mental retardation or a number of other developmental issues. But there will be, someday soon.  It is also not far-fetched to think that one day in the not-too-distant future we will have effective ways to determine a baby’s predictive IQ while they are still in the womb.  Or their sexual orientation.

I’ve made my thoughts about abortion known before.  I think it is a barbaric procedure and a cowardly decision—but I do NOT think it should be outlawed by the government.  (Standard caveats apply for cases involving rape, incest or the health of the mother.)  The same government that I desperately want to keep out of my wallet also has no business in my bedroom.  Or a doctor’s office.

However, given the casualness with which we are aborting fetuses today based on information regarding Down Syndrome, I don’t think our collective soul will be cut out to make similar decisions in the decades to come.

Let me reiterate.  I am NOT endorsing abortion restrictions.  The mindset that embraces eugenics as though it is no bigger than the decision you make every day on which pair of socks to wear is NOT going to be dissuaded by laws.  This is a failure of heart and soul.  Government most certainly cannot fix that.  We the People must.

How do we do that?  I have no earthly idea.  And that is frustrating the hell out of me.  Because I know we have not yet developed the emotional maturity required to make the right call when these choices are offered.

What’s a libertarian to do?  I have NO desire to see the Government involved in what is a private decision.  But I also have no desire to see us tinkering with the wonderful randomness of forming a family.

Perhaps what upsets me the most is to see this attitude about Down Syndrome juxtaposed against the background of families I’ve known whose lives have been immeasurably enriched by raising a child with Down Syndrome.  What will happen in the future if that attitude is not challenged today?